Well, in case you just upgraded from Snow Leopard to Mavericks (like we did ;-) ) and your Waves plugins don’t behave as expected a new installation of Waves could make sense, but first things first. A proper uninstallation does not always work entirely well with Waves’ uninstaller. So in case something goes wrong, follow these steps for manual uninstallation:  END_OF_DOCUMENT_TOKEN_TO_BE_REPLACED

One of the most promising tools of the last view years – the platform independent DAW Bitwig Studio has eventually been released yesterday. It is available for MacOS, Windows and Linux. Bitwig is a Berlin based company, originally founded by former Ableton developers. The relation to Ableton is something that put the expectations of Bitwig to a comparative high level in the field of DAWs.

We’re gonna check out Bitwig in depth during the next few days and let you know what we think. In the meantime: get yourself a demo run for free. Since the save and export feature is disabled in the normal demo version, we recommend to go for a trial license, which requires registration. Head over to https://www.bitwig.com/en/account/register.html and give the next generation of platform independent DAWs a serious go. The following article is written by a Mac user, but many (if not all) things should most likely be able to be applied to Windows aswell. END_OF_DOCUMENT_TOKEN_TO_BE_REPLACED 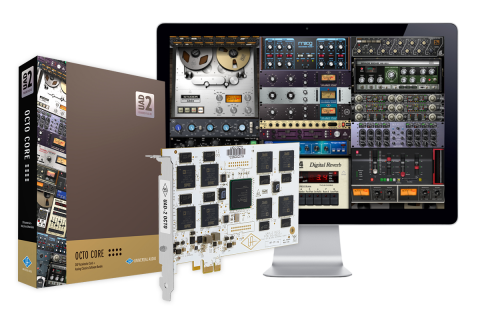 As a side effect of this step the prices for the rest of the UAD-2 family (PCIe and Satellite) are lowered. Entry price for the UAD-2 Octo is about 1,500€ (1,200 GBP). Distribution in Europe is expected to start between middle and end of October.

END_OF_DOCUMENT_TOKEN_TO_BE_REPLACED

The platform independent and Open Source driven audio editing software Audacity has been released in version 2.0. Audacity is available for Windows, Mac OS X and Linux. Many people say, Audacity is simply one of the best software audio editors with a huge amount of well designed built-in functions (fading, normalizing, vocal remover etc.).

Although the GUI should imho still be enhanced in comparison to its commercial competitors (Steinberg Wavelab, Sony Soundforge, Adobe Audition etc.), Audacity is a must-have, as it is free and from a technical point of view it is impressively powerful.

Don’t waste your time and grab your copy now. 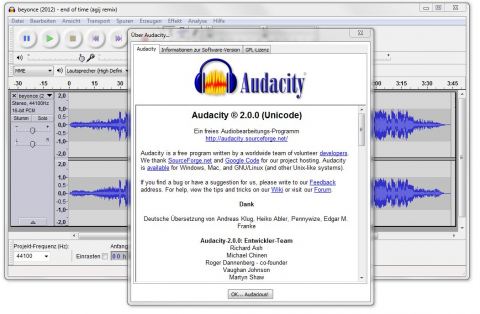 The device is named AnalogKick 1.0 and was done by Peter McCulloch.

The author says: “AnalogKick is a bass drum synth based on the design of the TR-808’s bass drum, and is capable of producing sounds quite similar to the original.”

In contrast to the original 808 the emulation adds some nice-to-have’s:

You recorded a nice sample from an external source (name it a bass synthesizer or anything else). After recording you see that the sample’s gain is too low.

The Berlin based company Bitwig has eventually presented some details about their upcoming music software BitwigStudio. Bitwig Studio is targeting at professional and semi-professional musicians for producing and using live.

In addition to what people would expect like VST support, there seem to be some groundbreaking new features to be coming already in version 1.0:

Bitwig also announced features to be upcoming after version 1.0:

The Bitwig company has been founded by former Ableton developers in 2008. They are located in Berlin/Germany.

Although there is no reliable information at the moment about release dates, you can apply here for a beta test starting soon.

» Bitwig on the net

Forum threads indicate there is a tiny chance that Ableton might sue Bitwig for cloning parts of Live’s GUI, in legal terms for violating the protection of registered designs.

Check this comparison (courtesy of VJFranzK).

This is a nice and short video tutorial by CrystalCircuit. Enjoy…