Are you searching for a Frequency Analyzer Plugin? You may check Blue Cat Audio’s handy freeware plugin…

Blue Cat’s FreqAnalyst is a free spectrum analyzer plug-in that lets you monitor the spectral content of your audio signal in real time. 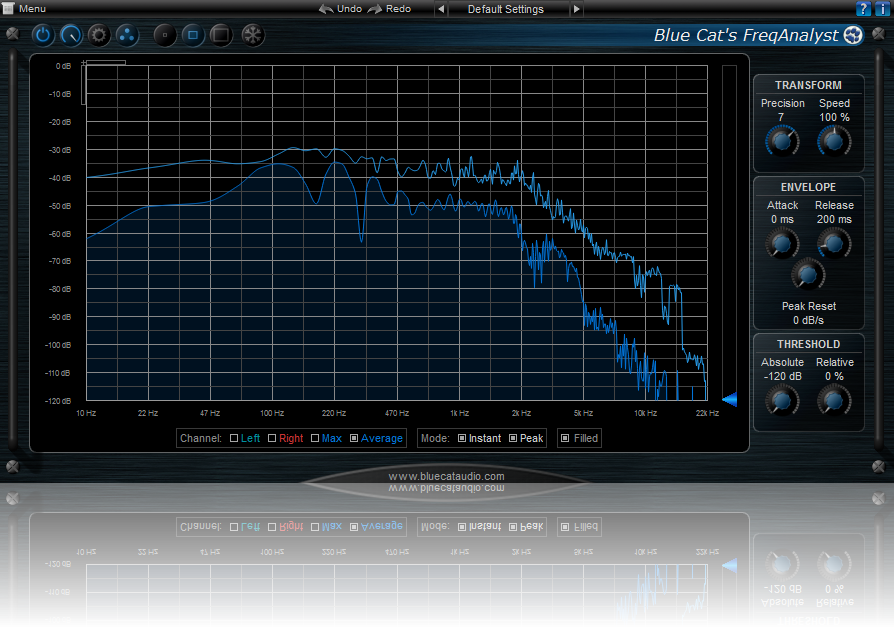 Good morning fellas, today we present you a nice IDM, Ambient, Down-Tempo tune (made by us, errmmm) ;-)

Have a good start into the new week and enjoy the free download :-)

Codeweavers do it again. The company behind the commercial version of Wine named CrossOver will be giving away free copies of it again.

On Wednesday October, 31st, everybody can get a free copy of CrossOver with 12mths support.

CrossOver is an emulation layer for MacOS X and Linux. In contrast to virtualization solutions like VMWare, Parallels or VirtualBox, it allows running thousands of Windows applications, tools and games without having to install a legit Windows operating system. 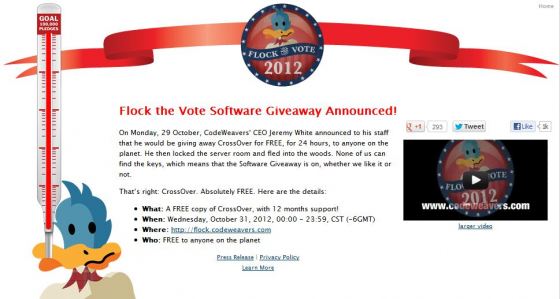 END_OF_DOCUMENT_TOKEN_TO_BE_REPLACED

Ableton Live Lite For Soundcloud Members
For all the SoundClouders Ableton gives away for free a copy of Ableton Live Lite 8.3. This might be especially interesting for producers using a different DAW like erm Apple’s Logic, Steinberg’s Cubase or Propellerhead’s Reason at the moment. This offer is valid until May, 31st. If you don’t have a SoundCloud account, it’s time to get one, now :-) You may also register at SoundCloud using your Facebook account.

END_OF_DOCUMENT_TOKEN_TO_BE_REPLACED

Sony tries to rearm their game console flagship. Most of you using your Playstations will likely have found out: since the end of last week Sony broadcasts a new firmware 3.42. They say it fixes security issues, which not quite wrong. But do we wanna have this issue fixed?

At the moment for online players there doesn’t seem to exist any other possibility but updating, so be aware you’re gonna lose root access to your fav console and it will possibly not come back anytime soon.

For all the others playing once in a while and mostly offline: just don’t update. We really suppose something is being worked on in the background to allow updating and not losing root access, but let’s see. Sony’s fighting with two armies: the army of technicians, and the army of darkness: they got aweful lawyers also out there ;-)

Don’t ask, better listen. Emika‘s debut single is scheduled for january 2010 on NinjaTune.co.uk. The Scuba’s Vulpine remix has already been released and is a free mp3 download. Enjoy…

Selected developers who recently downloaded the Palm Mojo SDK now received mail that Palm has some open positions for their Early Access Program.

Developers need to apply with their app. If being accepted they will be provided an assigned Palm account manager for technical and review questions.

As early birds devs will get the developer registration almost for free – only a $5 fee will be required for PayPal verification.

Palm seems to be in the final preparations with their Developer Program and App Catalog. They explicitly write they want developers to help with “final scalability testing”.

Palm will officially open the doors for the Developer Program in december. So if you’re a developer the Early Access Program seems to be the last chance to get into the developer program early and rebated.

Live Mesh is part of Microsoft’s new online activities. In contrast to Apple’s MobleMe it concentrates on syncing files and folders from different PCs and Macs. It currently does not include syncing of addressbook entries, calendars or mails. Anyway Live Mesh is free.

Microsoft offers 5GB harddisk space that can be accessed using their Live Mesh client software (available for Windows and Mac) or thru their website.

Avatron Air Sharing allows copying files from and to the iPhone wireless, thus allowing to use the iPhone similar to a portable harddrive. The only condition is to use a WebDAV compatible up- and download program (find a list below the picture).

Air Sharing also allows to preview files on the iPhone itself. It supports the following formats as previews: