The story is burning all the Apple related pages. Although Apple officials say, their iPhone 4G prototype has been stolen, Gizmodo.com argues it has been lost by an Apple employee named Gray Powell. Powell is a developer at Apple and currently he works on Apple’s latest baseband.

It seems Powell has lost the device in the german restaurant Gourmet Haus Staudt in Redwood City, California, after having had too much of our wonderful german beer.

Anyway Gizmodo.com now got their hands on the device and show what it’s got. Sadly they cannot get past the “connect to iTunes” logo because the device has been deactivated over the air obviously using mobile me.

We feel like the iPhone Dev Team or GeoHot should get their hands on that device. Until further news enjoy Gizmodo’s vid:

Update: in the meantime Apple has filed a formal claim to get back their device.

Update 2: Conspiracy theorists say this is an Apple marketing thing as the story doesn’t pass the smell test.

Engadget reports they got hands on pictures of the upcoming iPhone 4G. They seem to be from an inside testlab of Apple.

GeoHot has had a reverse-engineerer’s look into Sony’s high tech gadget and Sony immediately declared war.

Obviously in panic, Sony announced to deactivate Linux (Other-OS) support with their latest firmware 3.21. This was the time when people were wondering how long it would take until GeoHot would reenable it.

So it did not take too long. That notorious hacking genious did it. He says he’s using a custom PUP file. A PUP file basically is an update file for the PS3. The interesting point is usually PUP files are signed by Sony.

Could that mean there is a major flaw in Sony’s implementation of checking the authenticity of update files (at least until firmware 3.15, which GeoHot mentions is the latest that allows to install his custom PUP).

Anyway, the next weeks will be very interesting.

It seems someone has got his hands on a developer beta of iPhone OS 4.0. The vid below shows how multi-tasking is gonna be implemented on the iPhone. We say: yes eventually multi-tasking, but no: Palm’s webOS approach to multi-tasking is unbeaten at the moment. Apple should consider buying Palm. They are cheap and half the staff is former leading elite Apple people anyway ;-)

Sadly although Cydia users know that multi-tasking is possible even on first gen iPhones, Apple will not enable multi-tasking on devices older than iPhone 3GS.

iPhone 2G users already made a bitter experience when MMS was not enabled on their devices with the 3.0 update.

Besides some boost in speed, the web browser in the 1.3.1 update obviously is able to recognize Adobe Flash already, though it does not run it (screenshot below captured at 0:24). 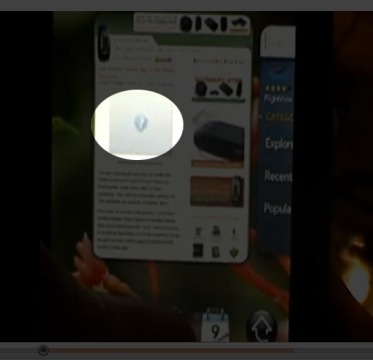 So the cat is out of the bag. Although Microsoft seemed to be planning to release Windows 7 eventually in January 2010, the computer manufacturer Acer now confirmed to Pocket-lint that they will pre-load Windows 7 on their machines from October 23, 2009.

Moreover Acer said customers who bought a computer 30 days prior October 23, 2009 will be eligible for a free upgrade to Windows 7.

“23rd October is the date the Windows 7 will be available. There is a 30 day upgrade time so that customers don’t wait to buy a new computer, so if you buy during that 30 day period, you’ll get a free upgrade to Windows 7”, Bobby Watkins, Acer’s UK MD told Pocket-lint.

Pictures are courtesy of Microsoft.com…