Getting warped from 2012 to 1995… And this is how it may feel like. Enjoy this fine piece of muzaq, listen and relax, folks… Free download via Soundcloud for the tech heads among you ;-) 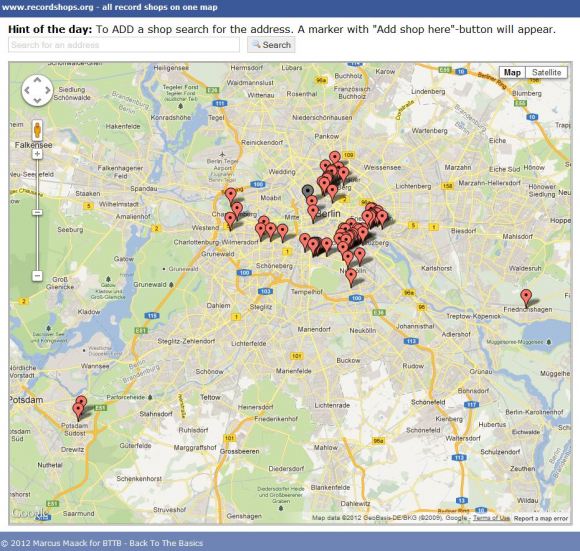 London based Electro-Pop producer Sinclair seem to have visited Berlin during the last eight weeks. Yes since the end of december 2009 Berlin is full of snow.

Picture is courtesy of Sinclair. 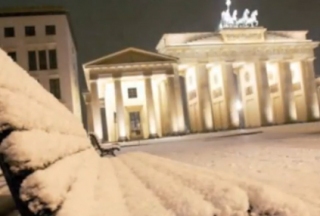 You think: snow? Are those Berlin people crazy? Yes, we are. Snow is kinda very rare here in Berlin, although the winter gets very cold here and temps go down to -20 degrees celsius. Anyway now we had snow and even more snow and lots of more snow for the last eight weeks.

She seem to have taken some pics on her trip to snowy Berlin and used them in the vid for her song: “Cold in Berlin”.

This track is from 1994. We at incomplete-news feel this is one is still unfolding the same nice brain massage like at that time.

Get yourself headphones, a good drink and close your eyes. Autechre‘s Yulquen, taken from their 1994 album Amber comes simple, but is epic.

or Berlin Mitte’s transformation since 1997.

People who were into electronic music in the 1990’s do know the E-Werk rather well. That location has become known all over the world for its amazing parties, and as an experimental playground for what has later been named Trance. The E-Werk and the Berlin Tresor were some of the places were the science fiction soundtrack for the upcoming turn of the millenium has been played first.

Berlin Mitte’s Ruins in the 1990s and today

The E-Werk and the Tresor had a distance of about 200meters. When the E-Werk closed its doors at 12am, people were going to the Tresor for the after hour. Berlin Mitte at that time was undergoing major changes. Buildings were just about to be renovated. Streets and lanterns made almost dark lights. Berlin Mitte was terrain that cried for being experimentally explored.

Now, 12 years after the E-Werk officially closed its doors as a techno institution in 1997, Berlin Mitte has changed almost completely. The Ministry of Finance is covered by uncountable security cameras. Major parts of Berlin Mitte are now no protest zones with special rights for police men.

Anyway the pleasant anticipation was very high when we heard that the E-Werk will open its doors for a retro party with former E-Werk resident DJs like Woody, and Clé.

Sadly, like the surroundings changed in Berlin Mitte with all its galeries and stores that almost nobody can afford, the door policy of the E-Werk has changed aswell. When in the 1990’s there was only a single entrance for everybody, you now got three entrances. One for the hoi polloi, another one for the VIPs, and a third one for so called special artists.

Classic solidarity outside only

Although we like strict door policy, this time some people were not let in, that we could not understand why. We’ve been waiting in the queue for about 15 minutes. That’s quite a short time compared to then. During that period three people from the hoi polloi queue were refused to enter. For us it clearly looked like an arbitrarily decision by the bouncers. And really it ain’t funny to see 35 year olds being refused to get in from 25 years old wanna be bouncers.

While two of the refused guys just ended up lonesome trying to talk to the bouncers. The third guy was with a group of about 15 people, estimated 30 to 40 years old. That group completely decided to not get in. Sadly seeing solidarity like this was one of the rare moments that we really felt classic during that classics night.

After having gotten inside the holy walls of the E-Werk, thanks to the door policy the social mixture expectedly wasn’t matching the classic times. Among some classic people from the 1990s, there were streamlined gentrified 25 year olds all over, matching the nowadays upper-class Berlin Mitte’s and Prenzlauer Berg style.

End of the story: if you’ve been to the E-Werk in the 1990’s bear your romantic remembrance. You’d better not go to the E-Werk nowadays.

Whenever you visit Berlin and you like independent Techno and Electro, we got a nice hint for you. You gotta see the Cassiopeia in the Friedrichshain district. As a matter of chance our team went to the Cassiopeia place yesterday and enjoyed accidently an event named “Reclaim the Beats“.

To make things shorts as possible. That were by far the most intelligent sounds we’ve heard for a long time. The guys playing the records on the floor under the roof were almost half as young as we am, but we take a bow in deepest respect. You guys definitly have shown a unique taste for sounds. Reclaim the Beats is the only adequate wording for that event. We’d recommend to simply call it DIT (Demanding intelligent Techno). Information and dates of Reclaim the Beats to be found here.

The Cassiopeia is fairly unique in Berlin. It’s got three club locations, and indoor skate park, a beer garden, probably the largest climbing tower in Berlin and many more things to discover. The price of a Caipirinha is at 5€. More information to be found here…