Monopoly – a game that almost everybody knows – has been revived and redesigned for the virtual sphere as “Monopoly City Streets” (MCS). As many other news services have already written thousands of pages about it, we’re not gonna repeat it here. To summarize: it seems this game is fun for many millions around the globe.

Sadly although the makers have already taken actions against issues and problems by upgrading hardware and by resetting the whole game to enable everybody to start anew, there are aswell technical as social issues unsolved all over.

I for example have today bought an 8 million street and built some little houses on it. See here how you can become the leader of the game with an 8 million street. And no, I was not cheating. I enjoyed playing with real competition until this happened: 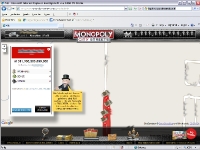 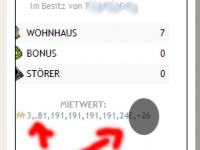 So how often does this happen? I wrote an error report, but how many other people do that? The most logical consequence would have been to sell the street immediately to get the cash transferred for real…

2 thoughts on “[Games] A Pseudonym for Bugs = Monopoly City Streets”