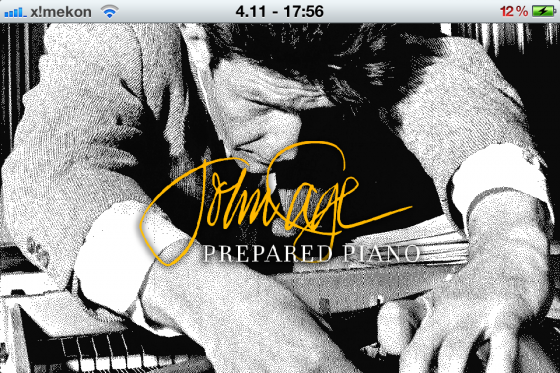 For celebrating John Cage’s 100th birthday, the John Cage Trust just released an iOS and Android version of the CagePiano.

One of the many ingenious innovations of American composer/writer/artist John Cage was his creation of the “prepared piano”, in which he placed objects beneath and between the strings of a grand piano to create an entirely
new instrument.

The sounds of John Cage’s Prepared Piano are now available for you to play on your portable device with this innovative app. Play meticulously sampled sounds of a piano prepared with the actual materials used by John Cage in the preparations for his Sonatas and Interludes (1946-48) as sampled under the supervision of the John Cage Trust.

The free version features only 9 tones at once. The paid version has all 36 notes playable at once. 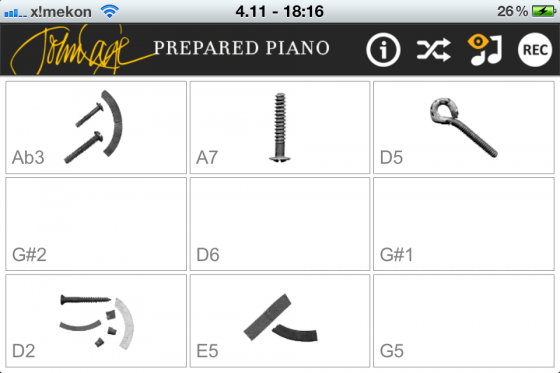